We Change Lives Together

Founded in 1931 in the midst of the Great Depression, the legacy of today’s JVS SoCal began with a single desk in a Bunker Hill office in downtown Los Angeles, serving job seekers who were struggling to survive amid overt workplace discrimination. Eight decades later, the agency is a recognized regional leader in the field of workforce development, offering a broad range of innovative programs to tens of thousands of individuals each year and advocating on issues of public policy that impact the people we serve.

JVS SoCal embraces diversity and creates pathways to equality. We foster and sustain a culture of diversity, equity and inclusion. Our commitment is to ensure all stakeholders have access to resources and opportunities to develop, contribute and grow.

Thriving communities with hope and economic opportunity for all.

Respect for individuals and families

Integrity and professionalism in all our interactions

Principled advocacy on behalf of those we serve

Commitment to uplift communities and serve those in need

Since their launch in 2006, the four JVSWorks® Career Training programs have placed 2,000 graduates in growing industries –a combined 81% placement rate. At an average starting salary of $38,600, aggregate graduate earnings are well over $77 million. These programs are tuition free thanks to donor support.

The JVS SoCal Veteran Services team operates the L.A County Veterans AJCC as well as our donor-funded Veterans First program which has been recognized with the prestigious Seal of Distinction by Activision/Blizzard’s Call of Duty Endowment, a respected national advocate on veterans’ services and employment.

The JVS Grossblatt Skills Assessment Center is the only facility in Southern California offering full evaluation services to individuals who are blind and visually impaired and is accredited by CARF, the internationally recognized Commission on Accreditation of Rehabilitation Facilities.

Since 1931, JVS SoCal has helped immigrants and refugees from around the world. From German and Shanghai immigrants at the end of WWII to Cuban refugees in the 70’s and Soviet Jews in the 80’s, followed by Cambodians and Vietnamese and most recently, those impacted by the wars in Iraq and Afghanistan

Since its founding in 1972, the JVS Scholarship Program has awarded over $10 million in need-based scholarships to 5,200 Jewish college students.

The Women’s Leadership Network has raised nearly $2 million since its inception in 2008, supporting all of JVS SoCal’s programs serving women in need, including free career training and job placement to nearly 1,300 women.

Nearly 15,000 of our clients are transitioning from public assistance to the workplace.

Last year, we provided life-changing services to tens of thousands of people, offering hope and opportunity through job training, career-building skills and access to resources through our network of community partners, empowering them to achieve sustainable employment. Factoring in the individuals who accessed one of our sites by attending an orientation or using our computer centers, JVS SoCal impacted close to 50,000 in 2017.

Our services are offered at the America’s Job Centers/WorkSource Centers we operate in West L.A., the Antelope Valley and downtown Los Angeles at Patriotic Hall; through L.A. County GAIN, GROW and REAS for people transitioning from public assistance to the workplace, and in our range of innovative donor-supported programs.

Gabriel received Class A Driving training through the AJCC/WorkSource Center to get a well-paying job.

Though the immediate goal of our work is to assist people to move from unemployment or chronic underemployment to a living wage, the long-term effect is that they are able to contribute to their communities, helping to stimulate and grow the local economy.

As regional leaders in the field of workforce development, the agency has been recognized by Mayor Eric Garcetti, the Los Angeles City Council, the Los Angeles Board of Supervisors and by the Los Angeles Business Journal for our award-winning job training and employment programs and our contribution to the economic health and wellbeing of Southern California.

These statistics only partially reflect the scope of our impact:

Service locations throughout Los Angeles County, from South L.A. and Culver City to the Antelope Valley

People who visited one of our locations to explore resources, attend an orientation or use the computer center

People transitioning from public assistance to the workforce with our help through L.A. County programs

Total of academic scholarships awarded by the JVS Scholarship Committee

You can see and download our latest publications. Learn more about our impact, inspiring stories and programs. 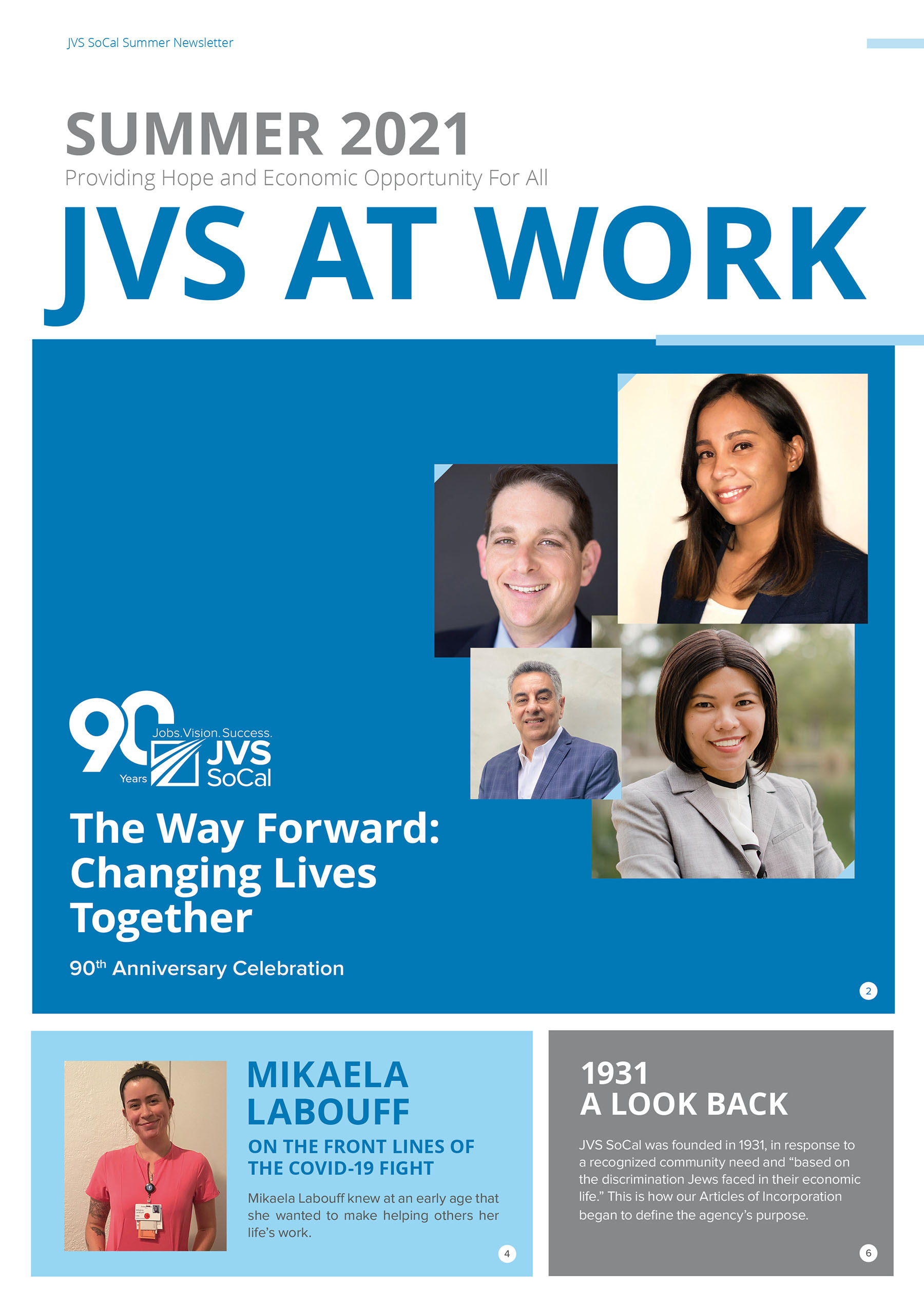 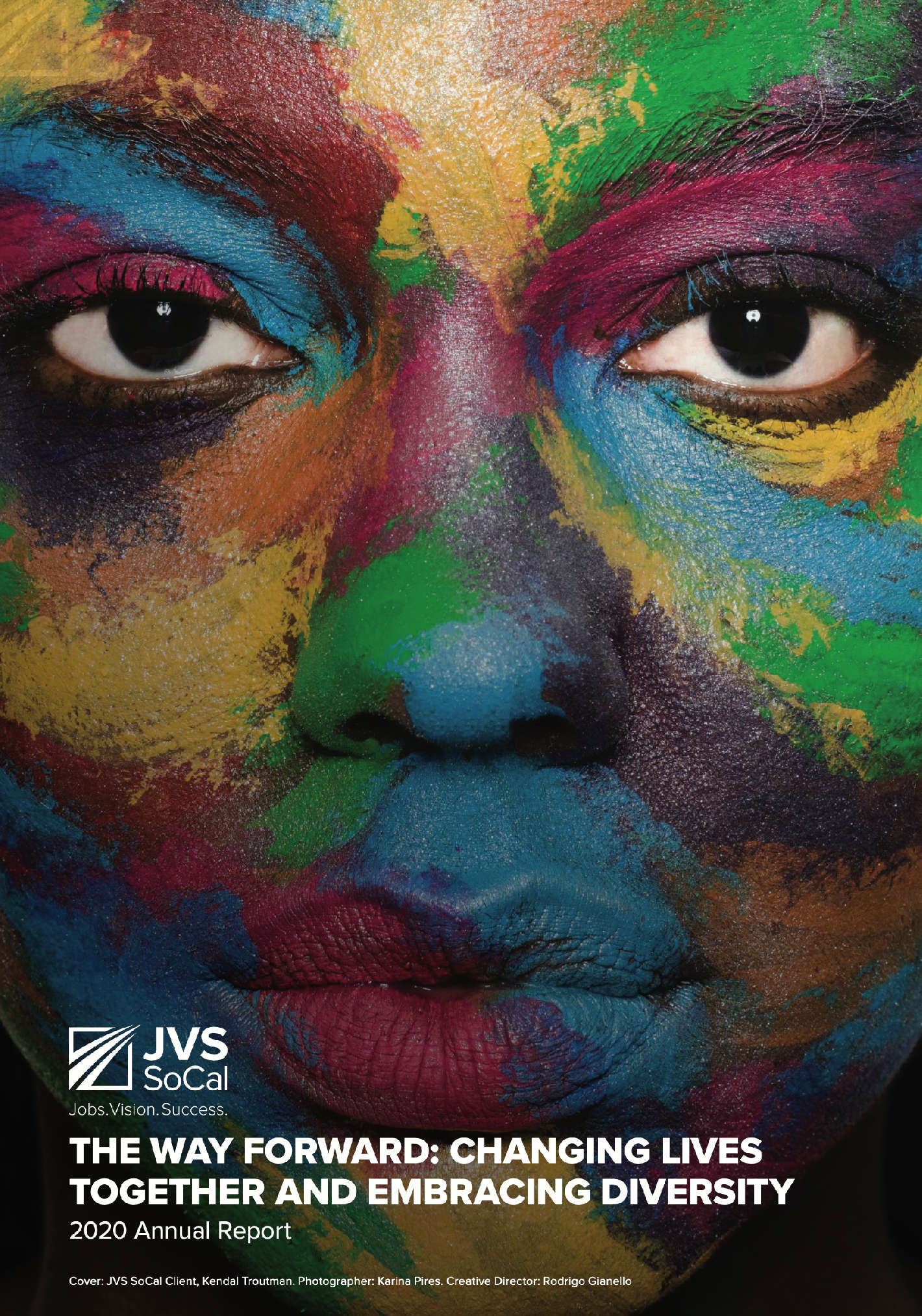 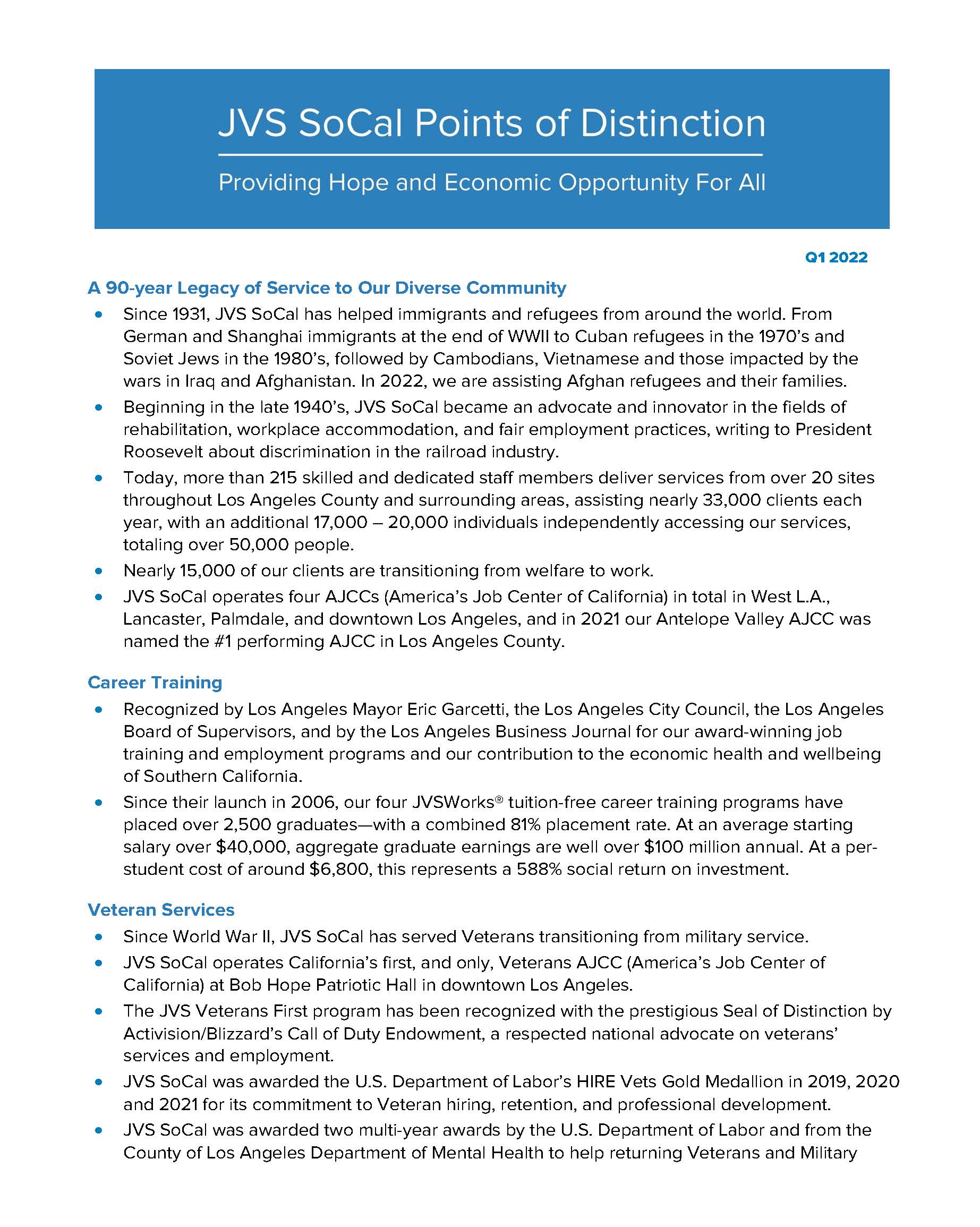 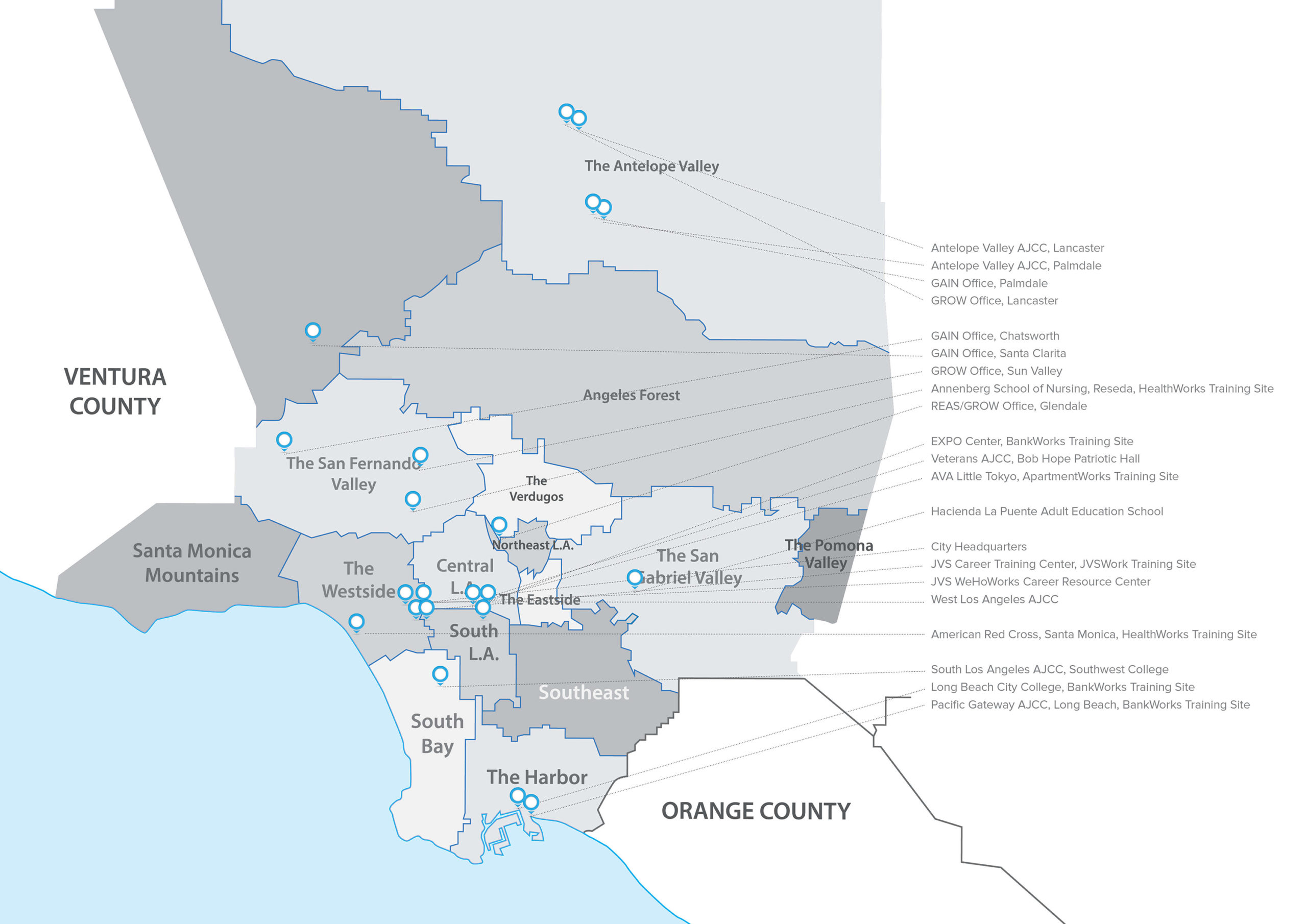