A Guide to Using Gender-Inclusive Language in the Workplace

No matter how well-intentioned we may be, odds are we are using gendered words in the workplace. Using these words can inadvertently cause distress in the workplace. And while there’s a lot to learn, there’s no excuse for not educating ourselves on gender-exclusive language.

Diversity’ and ‘inclusion’ are common buzzwords but if employees don’t know how to be inclusive, these efforts will fall flat. Using gender-neutral language makes a big difference in the workplace. It makes everyone feel welcome, no matter their identity, and it sets an example for employees that gender-neutral language is the norm and that no one should assume anything about someone without asking first.

Gender is a more personal facet of someone’s personality and often includes gender roles, or a set of expectations society attaches to behaviors and characteristics. While your birth sex is assigned to you, you have the liberty to choose and express the gender identity you feel most comfortable in.

For example, transgender people feel a disconnect with the sex they were assigned at birth. They may identify much more with a gender identity that doesn’t match their sex. A large majority of people have a gender identity of either a man or woman (boy or girl for younger individuals). But for some people, the gender identity that goes along with their sex may make them uncomfortable and distressed. While they are assigned male at birth, they feel more like a woman on the inside. This is called gender dysphoria.

Some people don’t have a gender identity that fits perfectly into the male or female sexes. These people may choose to identify as non-binary or genderqueer.

Gender expression is the way in which an individual chooses to present themself in the world. It is visible to others while someone’s gender identity cannot be seen. Someone may express themselves through their name, clothing, pronouns, voice, haircut, or body language. The world will typically place each of these factors into either a masculine or feminine box but the beauty of gender expression is that when someone mixes a typically male haircut with a traditionally feminine outfit, they may feel more themselves because of it.

Usually, transgender people will try to align their gender identity with their gender expression, although not always. What is typically considered masculine or feminine has changed over time and will look different for every culture.

Intersex is a term used for when a person is born with sexual or reproductive anatomy that doesn’t fit the stereotypical standards of male and female sexes. For example, someone might be born and look like a male on the outside, but possess mostly “female” anatomy on the inside. Additionally, someone can be born with genitals that look in-between the typically normal male and female types. It’s also possible to be born with mosaic genetics which means that some of the cells have XY chromosomes while others have XX.

There are many identities associated with someone’s sexual orientation:

It’s also possible that one discovers their sexual orientation later in life. These things have no set deadline and can take decades to come to the surface. Some people may not like labels at all and totally disengage from the idea altogether. It’s up to every person to decide how they want to identify, how they navigate relationships, and if they want to label themselves at all.

What does transgender mean?

We’ve used the term transgender while explaining sex, gender, identity, and expression. But to truly understand it, we must strip it down to its core definition. Being transgender means that your gender identity or gender expression differs from the typical characteristics of your assigned sex at birth. When a person decides to transition (male to female or female to male), they can be prescribed hormones by their doctors to help bring their body closer to the gender identity they feel on the inside. Some people also undergo surgery but not all transgender people choose to do so. Still, they are just as trans as anyone who chooses to transition medically.

What is gender dysphoria?

It’s important to discuss what gender dysphoria is when talking about transgender people. Gender dysphoria is the conflict between someone’s assigned gender and the gender with which they identify. A person with dysphoria may feel uncomfortable with the gender they were assigned, often stating that they’re uncomfortable in their own body. Dysphoria also refers to someone feeling disturbed by the gendered expectations of their assigned sex (ex: men wearing button-up shirts and ties or women wearing dresses).

Dysphoria cannot be understood by cisgender people. At the root of many (but not all) transgender people is this dysphoria. It can negatively affect trans people and push them to experiment with their clothing and self-image. This can be liberating for a transgender person and should be accepted in both personal and professional settings.

What does cisgender mean?

Cisgender (cis for short) is a term that is usually used within the LGBTQ+ community so many straight people may not know what it means. Put simply, someone is cisgender when they identify with the sex they were assigned at birth. If someone is born a female and never questions her gender identity, she is considered cisgender.

What does non-binary mean?

When someone identifies are non-binary, it means that their gender identity/expression doesn’t fit into the binary of man and woman. They may define their gender as falling somewhere between the two or even as something entirely different.

Some people may use non-binary and genderqueer interchangeably but there’s a difference between the two. Genderqueer means non-normative or queer gender while non-binary means a gender outside the typical binary model. It’s also significant to note that non-binary is not the same as transgender, although someone can identify as both.

How to use gender-neutral words

Learning how to use gender-neutral words isn’t usually something you were taught in school but swapping out some gendered words in your daily life can really make a difference. When you use a gender-neutral word, you are making the effort to include everyone, no matter if you know their gender or not. If a closeted person is in the room when you use a neutral word, it can make them feel more comfortable.

That being said, there are a number of ways you can change the way you speak and the words you use to be more inclusive. Instead of using the term wife or husband, you can substitute it for a partner or spouse. This takes the gender completely out of the situation. Instead of waiter or waitress, use server and “Hey, everyone” instead of “Hey, guys”.

Simple changes like this can make a world of difference to transgender, non-binary, and genderqueer people everywhere. Even if you think you know how everyone in the room identifies, using gender-neutral language can help to push other people to do the same and create a more inclusive environment for everyone.

What happens if you’re not sure of someone’s gender? If you’re really not sure, you can ask them by saying “what pronouns do you prefer?” This can be difficult if you’re just meeting someone or if you don’t want to come off as forward or invasive. In this case, you can refer to them using the gender-neutral term “they” until you hear or are told otherwise. Always remember that using “they” is much less harmful than taking a guess and misgendering someone by accident.

Using someone’s preferred pronouns shows them that you respect them and make them feel validated. Society teaches us that “he” and “she” are the only pronouns we need to know but as time has passed, this idea has changed to include people with different genders.

The five pronouns above are some of the most common but there are more out there. If someone wants to identify with a pronoun not listed above, doing additional research on pronoun usage can help you include them further. 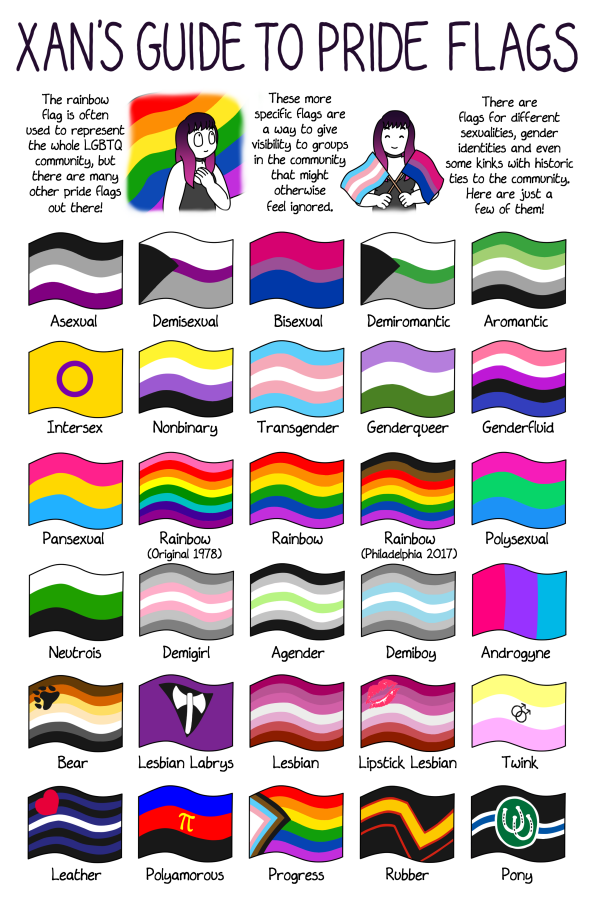